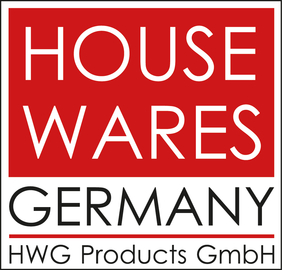 Over the last twelve months HOUSEWARES GERMANY, the company from Singen, Southern German, had aimed to extend their kitchen utensil range by four products. And they achieved that goal. At the Ambiente trade fair, from 7th to 11th February at the Messe Frankfurt, the three shareholders F. Strauss, M. Haberstroh and C. Hendreich will be presenting the innovations in person: in Hall 6, Stand B 20.

Many of the household and kitchen gadgets developed in-house by HOUSEWARES GERMANY are bestsellers, all around the globe. The company's latest products may well follow this trend: for example, the professional can opener Profi Can MULTI from the bestselling Profi Can series. This absolutely safe can opener has been was extended by two additional features - a bottle opener for bottle caps and a knife sharpener. "Our ideas for new products come from going out into the world with open eyes and ears, as well as constantly searching for improvements", said Christoph Hendreich, the company's Managing Partner.

This was also how the hand operated drum grater grateKING came about. Thanks to the vacuum suction cup it is particularly stable, allowing an exceptional transfer of force when turning the crank handle. Is very smart, especially the angled grater insert, which the grated material simply falls out of by itself. Huge time savings are also promised by the Defrosting and Chopping Board. Frozen foods can be defrosted up to ten times faster - so gently and quickly that no bacteria can form. The spice mill millmii impresses just as much by its eye-catching looks, as by its functionality. The trick: the millmii is simply rolled back and forth, between your hands - the grated spices fall onto your plate and into your pots without any effort at all.

In addition to these innovations for the kitchen HOUSEWARES GERMANY will be presenting many other useful household helpers, such as the collapsible silicone bucket from the popular FOLD AWAY series. There is so much to discover. The HOUSEWARES GERMANY stand will certainly be worth a visit.

A brief outline of the company:

In the field of household and kitchen appliances, the company HOUSEWARES GERMANY is among the most innovative companies in Germany. Based in the town of Singen, in southern Germany, the shareholders (F. Strauss, M. Haberstroh and C. Hendreich) work daily with their dedicated team to develop new, high quality products. Many top quality products and world firsts are designed and marketed here. The products of HOUSEWARES GERMANY are available worldwide through wholesalers, teleshopping channels and retail, as well as via catalog and online stores.